What I Learned from Golfing with the Guys

Home/Beyond The Green, Guest Posts/What I Learned from Golfing with the Guys

What I Learned from Golfing with the Guys

… by an Independent Woman

Long before the LPGA created women-centered golf initiatives, I was the sole female (maybe one of two) that played with the boys …

Do you know how people like to say, ‘Well, back in my day….’ and then continue on about their long ago youthful struggles such as having only three TV channels or not looking everything up on your phone (I will admit that I would probably have a heart attack without my phone). I could say the same thing about my own youth and my interest in the game of golf. 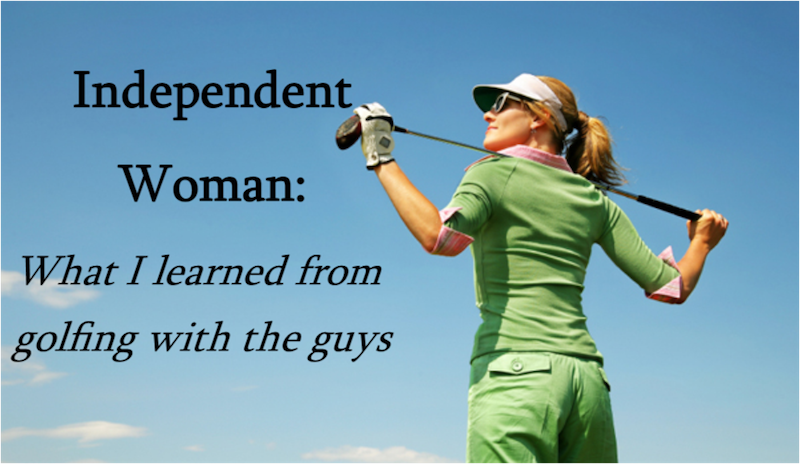 I didn’t have the luxury, at least when I was younger, to be with the girls and learn the game at their pace. I was often thrown into the mix of boys, having to hit the driving range and golf course with guys my own age. I was intimidated, not because anyone was a superstar, but because I was a young girl having to fend for myself in a male dominated zone.

Being the sole woman in a place where men often ruled wasn’t easy, but it did teach me a lot about the game, and in a way, a lot about life. I have come to understand and appreciate that this experience prepared me for my future as a student, golfer, worker and the woman I was meant to become.

Top Five Lessons I Learned While Playing Golf with the Guys

1.) It Set the Stage for Entering the Workforce:

I work closely with a team of eight people at my job. Six are men and two of us are women. We don’t go without our struggles with another, but our team is surrounded with strong element: trust.

Golf taught me how to be ‘one’ of the guys, without sacrificing who I am. 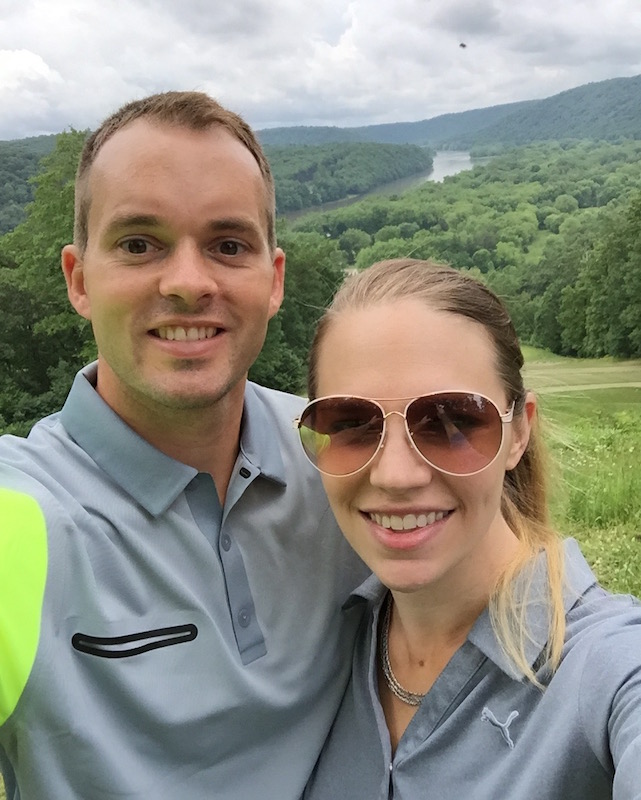 2.) You Never Know Where Love Will Find You:

I never (I repeat, NEVER) expected to meet my future husband on the golf course. I had hoped that I would eventually find someone who would share the love of the game, but I never really thought that I would actually meet that person through golf.

We were set up on a ‘blind’ golf date by a mutual friend (if it didn’t work out, at least I got a round of golf in, right?).  We learned a lot about each other, while enjoying a game we both loved and still do.  This experience taught me to be more open to meeting new people, especially on the golf course, when the only thing you have to lose is a few golf balls.

Life is too short to fret over a bad round or a bad shot. Golfing with my husband (who is a good golfer) and other guys has taught me to let go of a bad shot or round, and to not it discourage me from playing the game. When I struggled with my driver I was so quick to throw it in my bag, never to look at it again. My husband insisted that I keep working through it and to not give up. Of course I did the opposite and settled for a lesser club off the tee. Over time, I realized that my husband was right in not giving up on my driver.  He taught me to not be intimidated by a bad shot because we all have them, even the guys. Now I am much more confident in my driver, as well as in my ability to bounce back after a horrible shot.

4.) Don’t be Afraid to do Things by Yourself:

Thinking about my childhood and golfing, I remember the days on the range where I was the only girl out there.

Was I scared? Yes.
Was I intimidated? Yes.
Did it teach me about what it was like to do things by myself and to be independent? Absolutely.

I grew up learning how to things on my own (including going to the little girl’s room). I was able to go to college without my best friends and to make my own way in life. I was scared and doubtful at first, but I realized that I had the strength to stand on my own, just like I did on the golf range all those years ago. I learned to be independent as both a golfer and as a woman.

I am by no means an expert in understanding guys, but when golfing with them I did get a deeper insight into the male species.  Golf seems to bring out the best (or the worst) in a person regardless of gender.  I learned that guys long to understand us women as we long to understand them. I got to know what movies they liked and their ability to focus on one task at a time. I got to enjoy a break away from my girlfriends to be around the guys, who enjoyed little to no drama in their own lives.

Golfing became a way for me to work/ ‘break’ into the male world, as well as to find my place among the guys as an equal.

Playing with men has always been enjoyable for me.  Aside from having people to play with, I made friends and learned life lessons that have proven to be lifelong in all aspects of my life.

If we want equality between the sexes, then let’s start at the golf course where no one person has an advantage over the other in the game…aside from the tee boxes.

Do you have a preference on who to golf with? Please share your thoughts in the comments below. I would love to hear them!

About the Author: Summer

Summer Anderson is a mother, wife, writer and long time lover of the game of golf. Anderson currently resides in Pennsylvania with her husband and golf partner, Bob and two wonderful children, Heath and Autumn. - - https://www.summeranderson.cstechplus.net